Camping season is just around the corner! Camping is one of the part and parcel of tradition in BB, even in Malaysia Through camping, it trains one survival skills and also allows BB members to experience nature and wilderness.

So have you ever wonder where and when is the first ever camp organise by BB? Guess what? It's even earlier when scouts are introduced.

It’s dated back in the year 1886 where Sir William Alexander Smith is finding a solution on getting in touch with the boys during the summer holidays. The first idea that came up by Smith is CAMP! Since he serves in 1st Lanarkshire rifle volunteers, a camp is very well for soldiers as it allows them to be more physically fit and also instils discipline in them. Moreover, it will be great to educate the boys to learn survival skills as not many boys have these skills. Although the parents during that time thought this idea is crazy due to the fact that it is something new, Smith still insists on doing it as it will give a lot of benefits to the young boys.

So on the month of July 1886, when all the heavy industries in the whole country come to a standstills, Sir William Alexander Smith as the Captain of 1st Glasgow at that time announced there will be a camping trip for 1 week starting from the 16th July 1886. Only boys who attend consistently and show good behaviour will be allowed to be attending the camp. The cost is only 9 shillings(In today’s value, it would be around 30£!!!).

I'm sure everyone wondering what did they bring for their first camp. Most of them bring kitchen utensils such as stove, dishes, knives, boot brushes, towels, extra socks, blankets and also Bible. They also get a straw (10 to 12 lbs) from farmers to insulate themselves during night time. 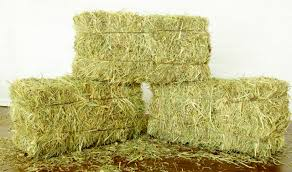 Did you know that they also bring a cook! Yes, a cook. If there’s a good army cook, they can teach the boys to learn cooking in the woods. William Smith also knew that the boys would be hungry, hence, one rule that BB implies in BB camp is that porridge should always form part of one’s daily meal. It was a rule where during camps, the officers should ‘mess up’ with the boys to ensure that their discipline is all time high and high morale effect.

On the dawn of 16th July, the 1st Glasgow company gathered after the Roll Call is heard at the Mission Hall in full uniform (with their kit-bags). Once all gather, all the boys are inspected and then set off smartly behind the baggage waggon. The company marched through streets of Glasgow to the Broomielaw to join the steamer Columba for Tighnabruaich in the lovely Kyles of Bute. Then a short quick march to Auchenlochan where the 1st Glasgow had their annual camp in the local hall for a number of years before they moved to Portavadie on Loch Fyne and went under canvas. 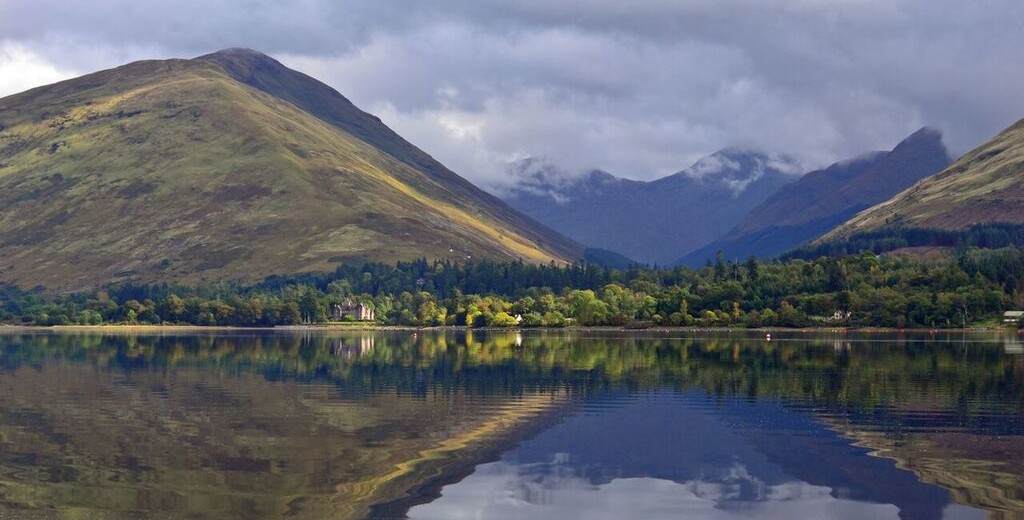 Routine for the day when they had the camp:

Among the special feature of the early camps was that boats were provided for daily trips up and down the coast, for fishing expeditions and exploring the inland waters of the Firth of Cylde. Everything is under strictest discipline but it’s new and also fun. During this camp also, there was always a Regatta(The term comes from the Venetian language which carries the meaning of contest and typically describes racing events of rowed or sailed watercraft) for competition among the squads and a day when visiting friends and relatives came ‘doon the water’ to see how the boys getting on. On Sunday, it’s a day for the full-dress parade at the Parish Church in the morning and the Free Church in the evening.

Two things that make the first camp very different from today is last time Boys remained in uniform throughout the week unless activity like swimming. Otherwise, when the boys went sailing or messing together or even ‘at ease’ but they will be always on stiffly clad in dark suits, heavy shoes and uniform accoutrements(caps, haversack and belt).

Next, as the Boys march through Thignabruaich on their way to the Columba the local people turned out and cheer them on their way. Some even present them a bouquet of flowers as they broke ranks on the piers. As they arrive in their hometown, greets and flowers were ready as the boys marching with a tune of ‘Home Sweet Home’. Today,most camping activities are still the same such as fishing, pitching a tent, setting up fire and many more.

Comparing the first camp in BB and now, most members don't wear uniform during camping as it is not suitable for camping and now most of them wearing sports attire. 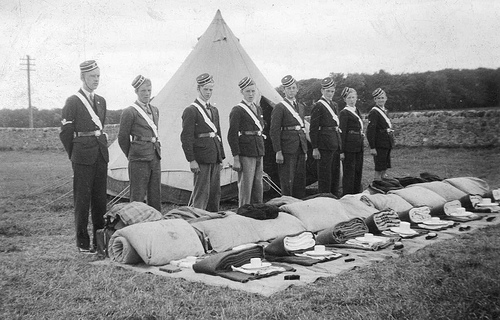 In terms of food, many current members bring canned food and packed food as it is easier to bring and cook anywhere. Moreover, this new era also teaches members on learning extra skills such as tying a knot and camp craft. In conclusion, eventhough there's some changes but the main point of camping still the same! Want to share your experience or fun moments in camping? Feel free to send us your wonderful experience by emailing us at [email protected] or even message us directly and get a chance on being featured in BBM website!